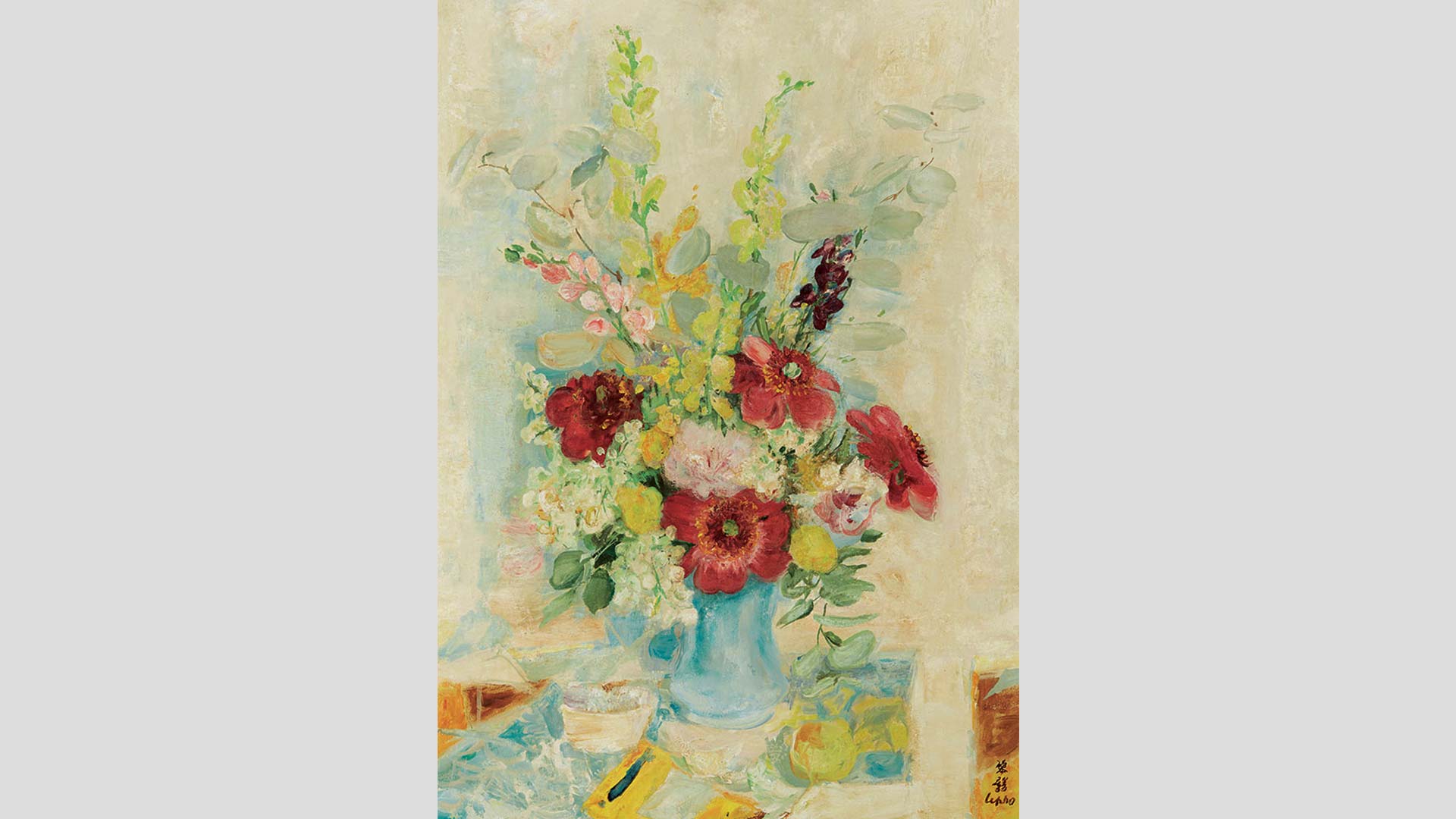 Le Pho (1907-2001)
Amongst the pillars in the early period of Vietnamese fine art, Le Pho might not be best known for his creativity, but undoubtedly his perseverance and persistence. He was one of the first to graduate from the Indochina College of Fine Arts (Ecole Supérieure des beaux-art d’Indochine) (year 1925-1930). His style was much informed by his teachers Victor Tardieu and Joseph Inguimberty. He produced works on various materials, but got most popular with female figures and genre works on Northern region before 1945. As he relocated in France from 1937, he made his name with oil, lacquer, and acrylic paintings. He left thousands of works on flower.

Le Pho’s paintings are featured at the Museum of Modern Art, Paris, the Oklahoma Museum of Art, the US, and in many collections in the world. Market wise, his works are priced in the highest range for Vietnamese art. One of his works was sold for US$800,000.

Le Pho’s work in this auction was bought from a Doyle’s Impressionist & Modern Art auction in New York on 4 April 2015.