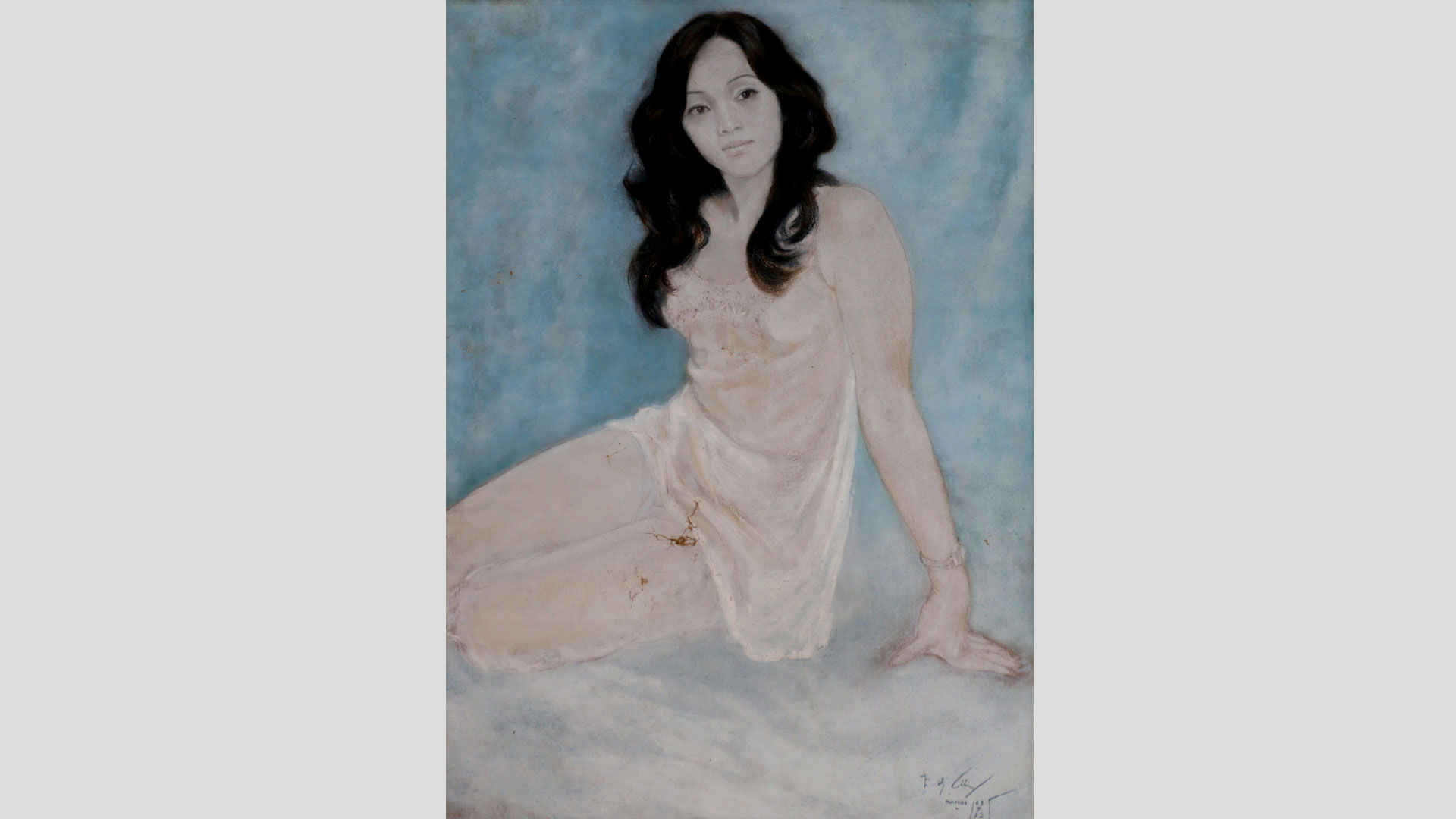 Tran Dong Luong (1925-1993) studied with master painter To Ngoc Van in the resistance zone (of then Northern Vietnam under French authority [trans]). He taught for a time at the Vietnam College of Fine Arts and the Vietnam College of Industrial Arts. In 1966, he left his governmental subsided teaching post to focus in painting until his death. He was known for his silk paintings and chalk on paper works, especially female portraits. The work exhibited here, completed in 1982, was one of his most memorable chalk paintings.

On 15 June 1986, Tran Dong Luong suffered a stroke that paralysed half of his body. He had to stay still, but he willed himself up and trained himself to paint with his left hand. His work ‘Belief’ (1989) showed that he had mastered the skill by 1989. This was also a period where he produced many of his important works. He was also remembered for his ability to transfer a chalk painting on to silk and to expanded the topic. Thus he achieved popularity with both materials.